In one report which was presented at the conference, researchers at the University of California found that reducing particulate matter (PM2.5) and traffic-related pollutants by 10% of the Environmental Protection Agency’s (EPA) current standard over 10 years was associated with 14% and 26% reductions in dementia risk in older women.

These benefits occurred regardless of the age, level of education, geographic region and whether the women had cardiovascular disease.

Professor Xinhui Wang, lead author of this study said: ‘Our findings are important because they strengthen the evidence that high levels of outdoor air pollution in later life harm our brains, and also provide new evidence that by improving air quality we may be able to significantly reduce risk of cognitive decline and dementia.

‘The possible benefits found in our studies extended across a variety of cognitive abilities, suggesting a positive impact on multiple underlying brain regions.’ 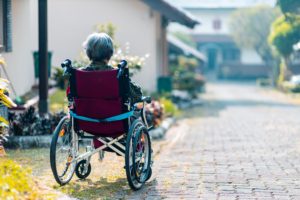 In a similar study, researchers found that a reduction in PM2.5 over 10 years was associated with a reduced risk of all-cause dementia in French individuals by 15% and Alzheimer’s disease by 17% for every microgram of pollution per cubic meter of air (µg/m3) decrease in PM2.5.

Claire Sexton, director of scientific programs and outreach at the Alzheimers Association said: ‘We’ve known for some time that air pollution is bad for our brains and overall health, including a connection to amyloid buildup in the brain.

‘But what’s exciting is we’re now seeing data showing that improving air quality may actually reduce the risk of dementia. These data demonstrate the importance of policies and action by federal and local governments, and businesses, that address reducing air pollutants.’

In related news, short-term exposure to air pollution may impede cognition in older men, according to a new report published in the journal Nature Aging.