American Petrolium Institute.  The American Petroleum Institute (API) is the only national trade association that represents all aspects of America’s oil and natural gas industry. More than 500 corporate members make up the API, from the largest major oil company to the smallest of independents; all segments of the industry that include producers, refiners, suppliers, pipeline operators and marine transporters, as well as service and supply companies that support all segments of the industry.

Founded in 1898, stands for the American Society for Testing and Materials. It is an international standards organization that develops and publishes voluntary consensus technical standards for a wide range of materials, products, systems and services.

A unit of volume measurement used for petroleum and its products. 1 barrel = 42 U.S. gallons or 35 British gallons. Its abbreviation is Bbl.

Blends of biodiesel and conventional hydrocarbon-based diesel are products most commonly distributed for use in the retail diesel fuel marketplace. Much of the world uses a system known as the "B" factor to state the amount of biodiesel in any fuel mix:

Stuffs such as vegetable oils, recycled cooking oil and animal fats are the ones which are used in the manufacturing of biodiesel. Biodiesel is known as pollutant-free, clean-burning alternative to petroleum diesel. The procedure of making biodiesel is a chemical process which separates glycerin from animal fats or vegetable oil (mostly, oils derived from soy and corn). For this, the process requires the use of methanol or ethanol, and a catalyst such as sodium hydroxide. Once the glycerin gets separated, it leaves behind what is known as methyl ester (chemical name for biodiesel). The byproduct, glycerin, is used in soap and other products. The chemicals and catalyst used in the chemical process can also be recovered and reused. The whole concept behind biodiesel is about reusing, and recycling resources.

Biodiesel is more expensive than diesel. One of the reasons is that soybeans are the most common source of biodiesel.  Since soybeans contain only 20% oil, it is very costly to produce. Having said this, petroleum diesel does not provide the same level of energy conservation, environmental benefits, economic benefits and energy security that biodiesel does.

Benefits of biodiesel include:

A process that converts heavy oil into high-octain gasoline, whereby large and complex hydrocarbon molecules are broken down into smaller and lighter components that are more useful for commercial or consumer use.  Other petroleum products, such as heating oil, diesel fuel, and gasoline, rely on cracking. There are two types:

Crude Oil is a liquid found naturally in rock. Crude oil can come in many different weights and colors, and can differ greatly in its composition. It is the major fuel used on the planet, and is used in the production of many synthetic materials like plastics as well.

Epoxy coating adheres to numerous surfaces, including metal. It protects metal from the damaging effects of rust.

The rate at which fuel feed to a burner occurs, in terms of volume, heat units, or weight per unit time.

Viton® is a registered trademark for fluroelastomer by DuPont Performance Elastomers L.L.C. This fluoroelastomer- FKM Viton- was introduced in 1957 to meet the requirements in the aerospace industry for a high-performance elastomer. The use of Viton® has spread quickly to many other industries, including the automotive, appliance and chemical industries, fluid power. Viton® is the most specified fluoroelastomer, well known for its excellent heat resistance, excellent resistance to aggressive fuels and chemicals. This popular FKM Viton fluroelastomer has worldwide ISO 9000 and ISO/TS 16949 registration.

Atomizing nozzles are available in a wide range of flow rates. Between 1.00 GPH and 2.00 GPH, for example, seven different flow rates are available. The proper size nozzle for a given burner is sometimes stamped on the nameplate of the unit.  See also:  Nozzle.

Fracking is the process of drilling down into the earth before a high-pressure water mixture is directed at the rock to release the gas inside.

Water, sand and chemicals are injected into the rock at high pressure, which allows the gas to flow out to the head of the well.  The term refers to how the rock is fractured apart by the high-pressure mix.

It is considered beneficial, leading to a reduction in greenhouse gas emissions and is cleaner than coal; however, it is also controversial due to the fact it has caused local air and water quality problems while also causing a spike in earthquakes.

The various components of crude oil have different sizes, weights and boiling temperatures, so the first step is to separate these components. Because they have different boiling temperatures, they can be separated easily by a process called Fractional Distillation. This is the first step by which crude oil is turned into useable products. Click here to watch a video illustrating Crude Oil Distillation on YouTube. The video also addresses Crude Distillation, Fractional Distillation and Vacuum Distillation, which separates Crude Oil into various useable products; Cracking, which converts heavy oil into high-octane gasoline; Reforming, which converts straight run gasoline into high-octain gasoline.

Galvanized steel is steel that has gone through a chemical process to keep it from corroding. The steel gets coated in layers of zinc oxide because this protective metal does not get rusty as easily. The coating also gives the steel a more durable, hard to scratch finish that many people find attractive. For countless outdoor, marine, or industrial applications, galvanized steel is an essential fabrication component.

A rubber seal: a piece of material such as rubber, used to render a joint impermeable to gas or liquid.

Gallons Per Hour.  A filter rated at 25 GPH would be capable of removing contaminants from 25 gallons of fuel each hour.

Microfiber is a type of material that is primarily used as an upholstery fabric because of it strong and durable nature. Microfiber has the excellent wicking properties, meaning it will absorb moisture and oils rather than allow them to set on the surface of the material. Qualities of the fiber include softness, durability, toughness and filtering. MicRoFiber is used in our gear style of oil filters.

Also known as micrometer, is a measure similar to inch, foot, centimeter, etc. One micron equals 0.00004 of an inch. Examples of micron sizes:

A filter rated at 10 microns is capable of capturing particles as small as 10 micrometers. Various micron rating methods include:

NEFI provides national leadership on legislative and regulatory rules and regulations for the Oilheat industry in Washington, DC, and is a prominent industry voice before the public and media. NEFI offers its members many communications, education and networking opportunities and events. 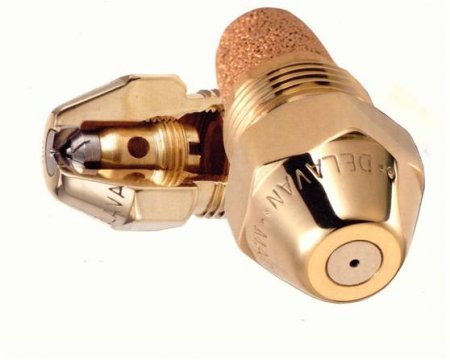 Part of an oil burner in a furnace. Like all combustible matter, the oil must first be vaporized (converted to a vapor or gas) before combustion can take place. This is accomplished by the application of heat. The nozzle performs three vital functions for an oil burner:

An oil filter is designed to remove contaminants from oil.

Diesel is a nonrenewable source of energy; the most common source of fuel for almost all types of diesel operated vehicles and other machinery.  Also know as petroleum diesel, it is obtained by treating crude oil through the process of separation, conversion and purification. The whole process is carried out at a refinery.

Since the distillation procedure does not produce enough diesel fuel, the conversion process is required for breaking heavier fractions of the crude oil, thus producing more of this fuel.

The last step involves purification of the product obtained. Here, excess sulfur is removed, reacting the diesel with catalyst and exposing it to hydrogen under controlled conditions.

Parts Per Million. Represents concentrations of materials in liquid. For instance, PPM is used to measure the amount of sulfur found in oil. Because sulfur causes corrosive wear on valves, cylinder liners, and other furnace parts, newer laws are requiring that sulfur levels in home heating fuel oil be no greater than 15 PPM.

Pounds per Square Inch, and indicates the amount of pressure imposed on an object, as well as the maximum amount of pressure an object can withstand. Normally, 100 PSI is considered satisfactory for the fixed pressure supplied to the nozzle. In an effort to achieve higher efficiencies, some of today's newer furnaces function at 85 PSI and below.

SEER stands for Seasonal Energy Efficiency Ratio, the comparative method used to judge how efficiently your air conditioner performs. It’s one way to see if you’re getting real value out of the energy dollars you spend. The higher a unit’s SEER, the higher your unit’s energy efficiency, and the more efficiently your unit uses power. In January 2006 it became mandatory for all cooling units to have a minimum 13 SEER. Effective power use means you’re getting the best value for your energy dollar.

Molecules of water and heavy oil that drop to the bottom of a fuel oil tank. As this material accumulates, it is known as sludge. The "sludge" formed in storage tanks can be a combination of water with fungus and bacteria, which grow on the unevenly mixed water/fuel interface as well as sand, wax, scale, tars, asphaltenes, water, etc. that get into the tank during regular oil filling. 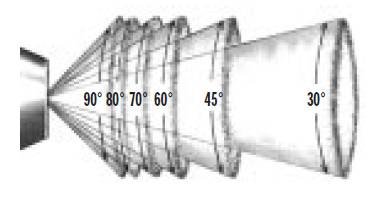 A yellow nonmetallic element: a nonmetallic yellow element that occurs alone in nature or combined in sulfide and sulfate minerals. It is a chemical element with symbol S and atomic number 16 on the periodic table. Sulfur presence in heating oil is considered undesirable, because sulfur clogs various components of heating oil equipment and represents an unpleasant smell. Low sulfur levels in heating oil help the system to run cleaner and cost consumers less in maintenance and service costs. In addition, particulate emissions are reduced by 80%.

The amount which a tank or vessel lacks of being full.  The empty space above the liquid (or grains) in a tank, drum, barrel, or bottle.

Measure of the internal friction or resistance of an oil to flow. As the temperature of an oil is increased, its viscosity decreases and it is therefore able to flow more readily. Viscosity is measured on several different scales, including Redwood No. 1 at 100F, Engler Degrees, Saybolt Seconds, etc. The most common method for designation of viscosity is kinematic viscosity, measured in centistokes, cst @ 50Centigrade

A volatile substance is one that is capable of being evaporated or changed to a vapor at a relatively low temperature.

The allowable operating pressure in a pressurized vessel or conduit. Measured as PSI (pounds per square inch), General Filters Oil Filters PSI rating ranges from 15 to 40.

Latest Blog Posts
Winter Driving Safety
How Do I Get More Humidity Out of My GeneralAire Humidifier?
From the Mayo Clinic: Humidifiers ease skin, breathing symptoms
Video: Design Features of the DH75 & DH100 Wi-Fi Controlled Dehumidifiers
The General Filters Family