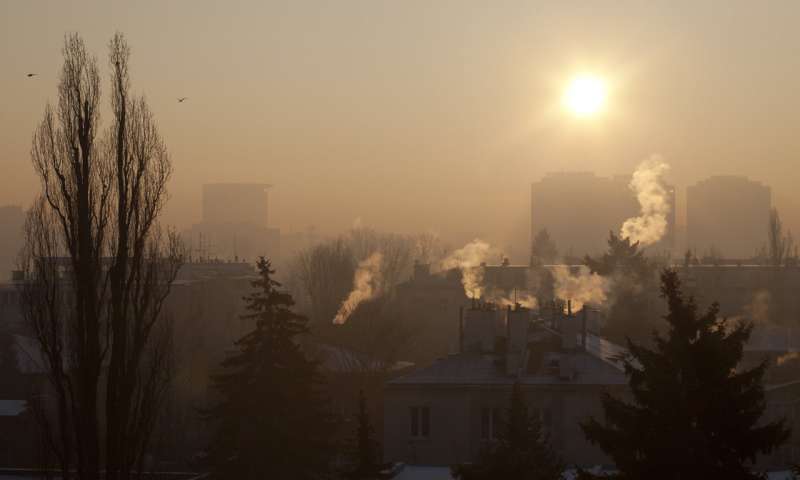 Fine-particulate matter, also known as PM2.5, are small airborne particules often found in areas with heavy air pollution levels. The size of PM2.5 particles is roughly 3 percent of the diameter of a piece of human hair. When inhaled, they can lead to respiratory problems, heart attacks, or exacerbate symptoms of people who already have respiratory problems like chronic obstructive pulmonary disease or asthma.For the study, researchers monitored air quality for 12 weeks in the homes of enrolled patients who had respiratory problems. They found that the HEPA filters reduced fine particulate matter by 55 percent and particulate pollution outside coming inside was reduced by 23 percent.

In the winter in Utah, temperature inversions often trap cold, dirty air inside the Salt Lake Valley—which gives Utah some of the worst air in the country. During these inversions, researchers tested the efficiency of HEPA filters inside the home.

"One of the reasons we wanted to research the effectiveness of HEPA air filters in the home is because people often ask what they can do to protect their lungs during poor air quality days," said Denitza Blagev, MD, pulmonary researcher at Intmountain Medical Center in Salt Lake City. "We found that running a stand-alone in-home HEPA filter and having the windows in the home closed can provide cleaner air inside the home, especially when outdoor air is so poor."

Results of the study were presented on Sept. 16th during the European Respiratory Society's International Congress in Paris.

Each participant's home was also outfitted with two low-cost air quality monitors. One was placed just outside the home and the other was placed inside. Differences in the quality of indoor and outdoor air were compared during the 12-week study period.

"Our next steps will be to look at whether the HEPA filter cleans the indoor air enough to help alleviate symptoms in patients with COPD or asthma during poor air quality days," said Dr. Blagev. "We often encourage our patients with respiratory illnesses to stay indoors on days when PM2.5 is high outdoors, but we hope to identify ways to help improve the indoor air quality and relieve symptoms in our patients, which will protect our lungs from dangerous air pollutants."

Dr. Blagev stresses that while the HEPA filters help reduce PM2.5 inside the home, everyone should make efforts to improve the overall outdoor air quality in their communities.