From the American Heart Association: Teen's Documentary Exposes the Dangers of Vaping

The statistics about youth vaping are shocking. Close to one in five teens vape, and youth vaping rates are 73% greater than they were four years ago. When Cole Kosch realized how big the vaping culture was in his own school, and the lack of awareness around the health impacts, he set out to change that by creating a documentary for kids his age. 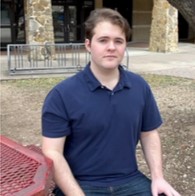 Cole was in 6th grade when he was first confronted with vaping. Though he didn’t hang out with people who used vapes, he found that it was present all over the school. “I didn’t hang out in that culture, but I saw them everywhere, especially in locker rooms. In fact, there would always be a lookout who would flicker the lights if a coach was coming so that everyone could hide their vapes,” he said.

It wasn’t until a teammate tried to steal money out of his backpack to buy vape pods that Cole realized just how addicting e-cigarettes are and decided he wanted to do something about it. “I wanted to know more. I realized that we aren’t talking about this enough. I've seen tons of PSAs for drugs and cigarettes, but I’ve never seen those things at school, I just see tons of vaping. I wanted to create something to open that conversation.”

Unfortunately, COVID-19 briefly halted the project and Cole had to think of new ways to start the dialogue. He moved roundtable interviews outside and did interviews on Zoom calls instead of in-person. He also used animated informational videos to share some basic facts about different e-cigarettes and to make the film more engaging. “I wanted to create a PSA that was fun and knowledgeable without talking down to teens. So, we tried to make this PSA for teens from their perspective, since I am a teen too.”

In 2019, the U.S. Surgeon General officially named youth vaping an epidemic. One of the most popular e-cigarettes among teens is the JUUL, which looks like a USB flash drive and produces little visible aerosol when being used, so it can be easily concealed. This is why, when considering content, Cole decided to focus on JUUL and all the chemicals that are hidden in a JUUL pod. For instance, JUUL pods and vape juice cartridges contain chemicals such as glycerol, propylene glycol, and formaldehyde, which are known to cause cancer, as well as acrolein which is used as a weed killer and can cause irreversible lung damage. According to the manufacturer, each JUUL pod also contains as much nicotine as a pack of cigarettes which is why they are so highly addictive.

But JUUL is just one of many different e-cigarette brands that are threatening teens health. “Even though I talked mostly about JUUL, I think it is important for people to know that Big Tobacco is tricky, and they will continue to evolve the product, so teens need to be aware. For example, now that they have banned flavored pods in JUUL, disposable puff bars have become very popular because they don’t technically fall into the same umbrella. So, it is going to be a moving target with these different products, but they are all bad for your lungs.”

Aside from presenting the facts, the documentary has first-hand interviews with teens that vape and dives headfirst into the emotional impact that it has had on their lives. “I feel like everyone’s understanding is at a different level, but I think the biggest takeaway is that many people don’t understand how widespread of a problem this is. I also think people need to understand that this is very serious, and very addicting. Teens need to know that they can just say no. It’s not a safe version of cigarettes and it can very seriously affect your life.”

Cole’s documentary has received a lot of attention not only from the school and the Boy Scouts of America, for which Cole initially produced the video as a part of his Eagle Scout project, but it has also been sent to multiple film festivals and shared with the American Lung Association and the American Medical Association. The film is just one of the great resources that the American Lung Association has shared to prepare school administrations, parents and teens for the possibly return to in-person classes. You can learn more through the Vape-Free Schools Initiative.

And you can watch Cole’s film here.