Did the pandemic show us that we can cut carbon emissions? Sort of.

They started as unexpected silver linings — clearer skies and cleaner air in cities from Los Angeles to New Delhi and a much-celebrated return of fish and crystal-clear waters to the oft-murky canals of Venice, Italy. By the end of last year, these local anecdotes were real and measurable markers of the pandemic's unintended climate benefits.

Yet, while heartening, the environmental reprieve isn't expected to last. There are already signs that as countries try to return to a new normal, economic activity — and all the emissions and pollution that go along with it — will creep up again.

And if the pandemic revealed what could be considered low-hanging fruit in the climate fight, it also highlighted the sheer scope of the problem.

"If you think about the scale of action that we need — if we want to limit warming as is proposed in the Paris Agreement — we would need to reduce carbon emissions by 1 or 2 billion tons every year," said Corinne Le Quéré, a professor of climate change science at the University of East Anglia in the U.K. "That's less than what we did during the pandemic, but it's still a big number."

The 2020 declines were staggering.

A study published last month in the journal Nature Climate Change found that global carbon dioxide emissions last year fell by 7 percent compared to 2019. And about a year ago, a paper published in the same journal estimated that in April 2020, at the height of pandemic-related lockdowns in Asia, Europe and North America, daily global carbon dioxide emissions plummeted by 17 percent compared to 2019.

"Seven percent is actually a big drop in emissions for one year," said Le Quéré, the lead author of both studies. "In absolute numbers, that's 2.6 billion tons of carbon dioxide. That's never been seen before."

But there are already indications that global emissions could rebound significantly. A new report from the International Energy Agency, an intergovernmental agency based in France, projected that increasing global energy demands this year could drive emissions above pre-pandemic levels.

Scientists aren't suggesting that the solutions to climate change lie in slowing down economies, paralyzing entire industries and enforcing extreme measures that disrupt people's lives. But experts say that after a year marked by profound behavioral changes, one that exposed how debilitating a global crisis can be, the pandemic offers important lessons for tackling climate change.

For one, it demonstrated that countries can mobilize to tackle big problems, Le Quéré said.

"It showed that coordinated government action can deliver results rapidly," she said. "The important thing now is that measures need to be good for the people, good for health, good for employment and good for the economy." 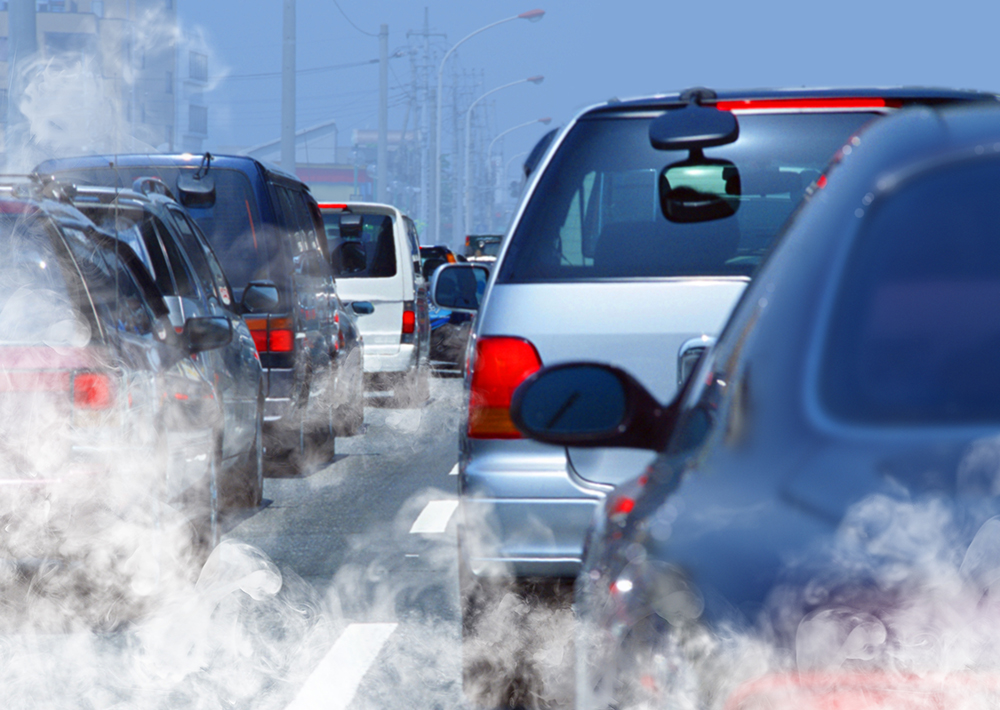 In their recent study, Le Quéré and her colleagues found that the biggest decrease in emissions last year was in the transportation sector. By the end of the year, emissions from surface transportation — which includes cars and trucks — were down by 10 percent compared to 2019 levels, and aviation was down 40 percent.

As countries reopen and life returns more to normal, emissions are expected to bounce back. Yet, it's possible that at least some lifestyle changes will stick around, said Zeke Hausfather, a climate scientist at the University of California, Berkeley.

"We're not going to stop traveling any time soon, but I think we've learned that a lot of travel is not essential," he said. "Instead of flying across the country to attend a conference for one day, we can join virtually. Telepresence, remote working and a number of other things from the past year aren't just going to go away." 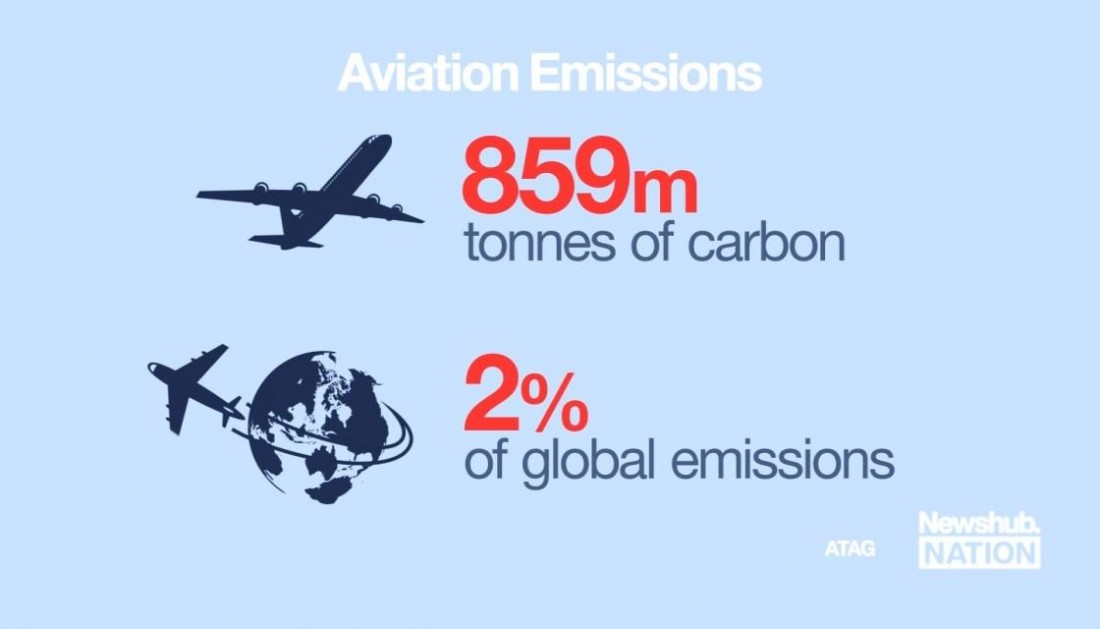 Changing how people get around may not solve climate change on its own, but it can certainly help chip away at the emissions equation, Hausfather said."We're slowly moving in the right direction and making some of the worst-case outcomes less likely," he said.

It's possible, however, to view the pandemic's climate benefits through a more pessimistic lens. While a 7 percent decline in emissions in one year is substantial in absolute terms, it only dialed back to the planet's 2011 emissions levels, Hausfather said.

"The problem of global warming is one of cumulative emissions, not annual emissions," Hausfather said. "It's not the 2020 emissions that determine what global temperatures are this year or last year, but all of our emissions since the Industrial Revolution."

John Reilly, co-director emeritus of the MIT Joint Program on the Science and Policy of Global Change, said the pandemic also demonstrated how challenging it can be to rely on behavioral changes as a solution.

"It was very hard to get people to mask up and socially distance," Reilly said. "People don't really want to change their lifestyle or have their lives disturbed. If we have to do this with behavior changes, it'll be very difficult."

But Reilly is hopeful that the Covid-19 crisis has lent urgency to the climate fight.

"I think some people saw the pandemic and said: 'Well, this wasn't caused by climate change, but this is the sort of global disaster that may befall us with climate change, so maybe we ought to do something about it,'" he said.

There are some indications that governments are connecting the same dots, too.

President Joe Biden is hosting a virtual climate summit this week with other world leaders in a bid to establish America's commitment to address climate change, days after the U.S. and China pledged to cooperate in the fight against climate change. The countries released a joint statement Sunday agreeing "to tackle the climate crisis, which must be addressed with the seriousness and urgency that it demands."

Other countries have also signaled that they intend to take aggressive action to combat global warming. Lawmakers in the European Union are finalizing an accord that would include the goal of achieving net-zero emissions by 2050.

They are the kind of pledges experts will pay attention to this year, particularly as countries prepare to meet in November to put forth more ambitious emissions targets as part of the Paris Agreement. Biden rejoined the landmark climate accord on the first day of his presidency, and all eyes will be on the U.S. to show its commitment on the world stage.

"We definitely have a lot of lost ground to make up for, particularly in terms of our credibility," Hausfather said.

Le Quéré said it's hard to overstate the importance of climate action as countries recover from the pandemic and rebuild their economies. And perhaps the most difficult lesson from the past year has been how interconnected the world is and thus how devastating a global crisis can be, spilling over borders and across all parts of society, often deepening existing inequalities.

"These are all systemic threats to global society," Le Quéré said. "There are a lot of parallels that are very real. Governments should get the signal now that you can't ignore climate change. And if you ignore it, it's at your own peril."

More
Link:
Indoor Air Quality Expert: Many Air Cleaner Technologies Are Still Unproven
COVID-19: Are Building Managers Measuring the Right Air Quality Parameters?
Scientists turn to deep learning to improve air quality forecasts
The General Filters Pipeline - Issue 28
How Do I Get More Humidity From My Humidifier?
Indoor Air Quality & COVID
The Humidifier Solenoid Valve – A Common Frustration
The dangers of indoor air pollution
A humidifier could help ward off COVID-19, but don’t overdo it
Voters who are sick or in quarantine with Covid-19 can still vote, CDC says. Here's how to do it safely
Covid-19 Catapults Indoor Air Quality To Top Of The List
Page: 1 2 3 4 5 6 7 8
The General Filters Family